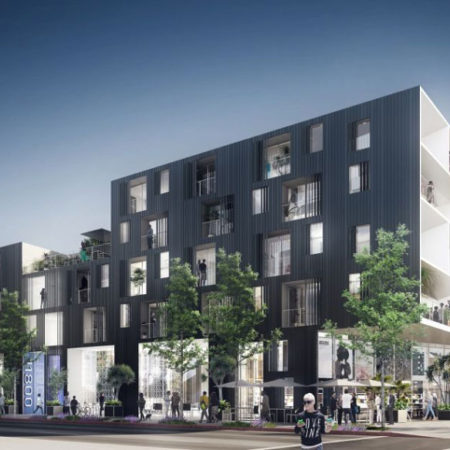 A mixed-use project that we are working on with CIM Group and Lorcan O’Herlihy Architects at 11800 Santa Monica Boulevard in West Los Angeles was reported on today in Urbanize.LA.  It boasts nearly 40,000 sqf of retail space beneath five stories of residential apartments along with amenities such as a modern pool, community lounges, and a fitness center, a change that the article states “will establish a unique presence along a mostly staid stretch of Santa Monica Boulevard”. For the lighting design of the project, we are playing with some new ideas for the striking facade, creating a retail entrance identity and providing an inviting atmosphere within the residential courtyards.

END_OF_DOCUMENT_TOKEN_TO_BE_REPLACED 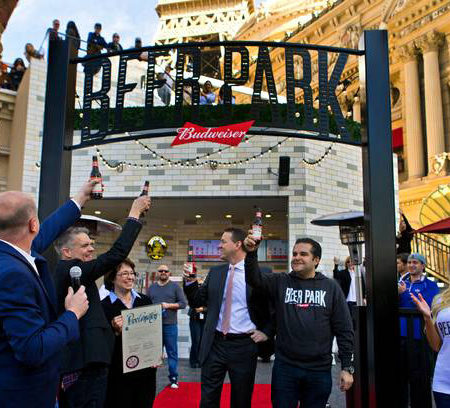 The Beer Park by Budweiser, located right on the strip and directly under the “Eiffel Tower” of the Paris Las Vegas Casino, celebrated it’s grand opening just in time for Superbowl yesterday, and was covered by Las Vegas Weekly. The article touts the new Beer Garden  as having a design that will appeal to both tourists and locals, saying that “the 10,000-square-foot rooftop space actually looks like a park”.  With Astro-turf and picnic benches, this restaurant is all about casual, welcoming accessibility; a quality that sets it apart from the rest of the strip dedicated to the glitz and glamour of Vegas.

The party was complete with just-flown-in brews, and a herd of the iconic Budweiser’ Clydesdales to kick of festivities.  A big thank you to Gensler for bringing Oculus on as the lighting designers for this festive restaurant! Please read the full article, and enjoy some photos of the opening even, below. 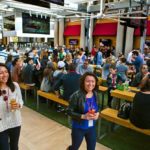 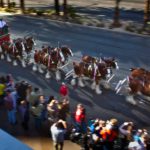 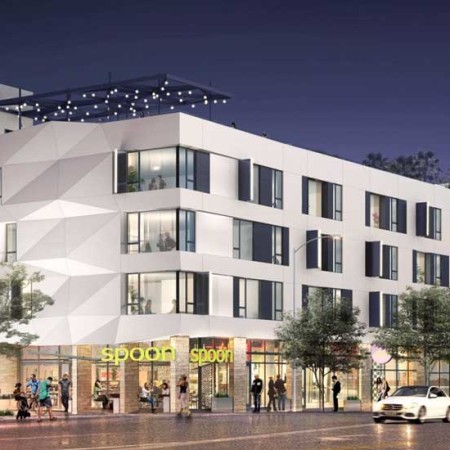 We are excited to be working with KoningEizenberg and Combined Properties on this Multi-Use Low rise building located in one of the most dynamic neighborhoods in Los Angeles.  West Hollywood really is the perfect home for this structure that will include both retail and residential spaces, thoughtful but subtle use of color, and even features a roof deck.  The façade lighting highlights the unique architectural elements and utilizes programmable color-changing components.

Construction should be completed this Fall, so keep a lookout for this exciting project and in the meantime click here for the UrbanizeLA Article! 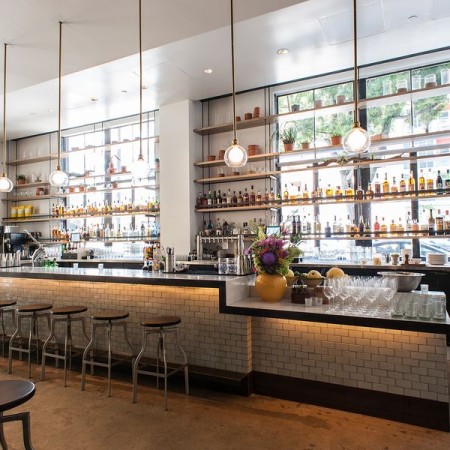 Located in the old Verizon building on 7th Street in Santa Monica, Cassia (French-Southeast Asian fusion bistro) and Esters Wine Shop and Bar opened within a few weeks of each other this summer. Santa Monica food gurus Josh Loeb and Zoe Nathan teamed up with their Rustic Canyon and Milo & Olive wine director Kathryn Weil Coker for the wine bar, and collaborated with Spice Table’s Bryan and Kim Ng for a joint effort on the Bistro. The two upscale but sophisticatedly subtle eateries occupy the first floor of the 1937 art deco building on opposite spaces facing the entry lobby.

We designed the lighting in coordination with our friends over at Montalba Architects for Cassia, and with Oonagh Ryan Architects for Esters, both of which were eagerly anticipated and highly praised by food critics as “one of the most important restaurants to open in Santa Monica this year“.

END_OF_DOCUMENT_TOKEN_TO_BE_REPLACED

We’re excited to be designing the lighting for a luxury department store. At over 200,000 sft. this is a large space and the challenge is to reduce the vast expanse of lighting in the ceiling to a more human scale. LEDs would be used extensively for reduced maintenance and energy use. A majority of the luminaires will be adjustable, and field ceiling lighting designed in a way to ensure that the product can be highlighted from all directions. High contrast, with merchandise illuminated to much brighter levels than the surroundings, is needed to create a high-end feel. Several days of aiming would definitely be needed!

The exterior will feature an interactive lighting installation, visible from the parking lot and providing character to the building distinct from the mall behind. 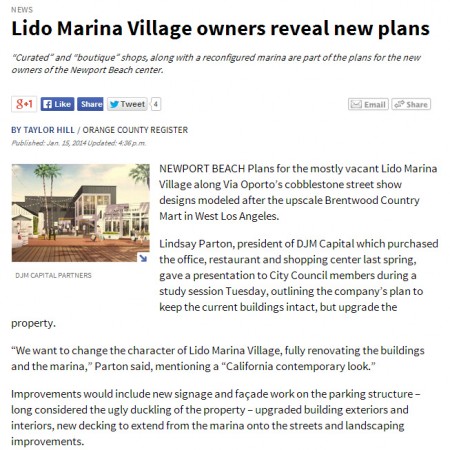 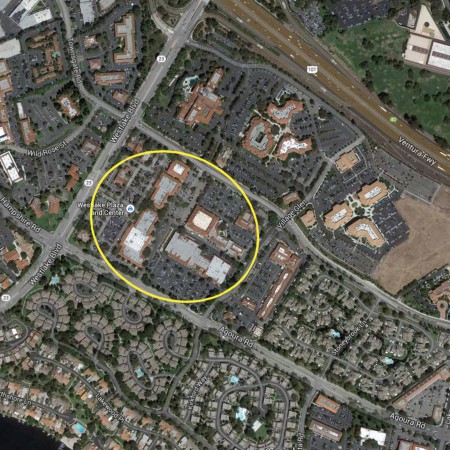 We are happy to be partnering with Callison again on a new project. This time we will be working together on the renovation of The Westlake Plaza and Center in Thousand Oaks, CA. The ideally located neighborhood plaza has been a key area for lifestyle shopping and dining, and we are excited to update the charming plaza with a fresh look.

END_OF_DOCUMENT_TOKEN_TO_BE_REPLACED 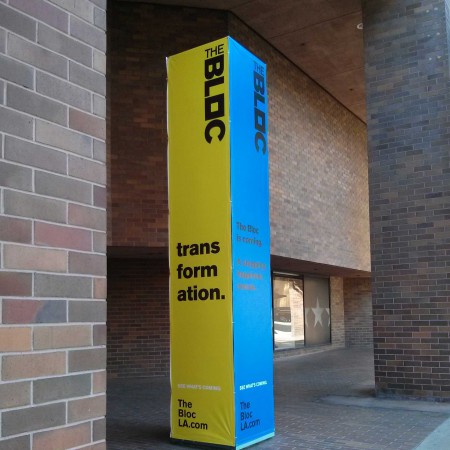 We are pleased to announce our association with The Bloc, in the heart of Downtown Los Angeles.  We will be working closely with The Ratkovich Company (our client on YouTube), Studio One Eleven and EPT Design.  Expect some lighting surprises when the project is done!

Here’s a look at the project by blogger Brigham Yen, and on LA Curbed. 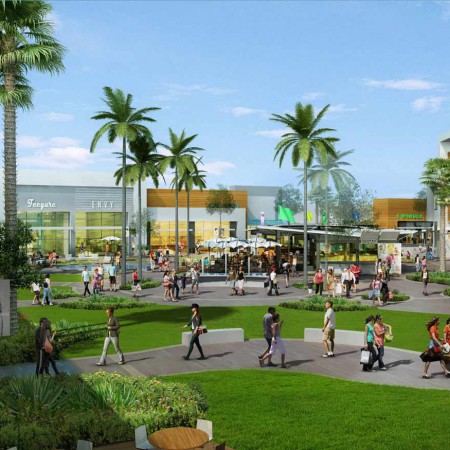 Excited to work with our friends at Lifescapes on the new The Point development in El Segundo, CA.  The 115,000 sft. shopping, dining and lifestyle destination is located at the crossroads of the Rosecrans Avenue and Sepulveda Blvd. in South Bay.

We will be working with the landscape architects to create a comfortable and pleasing shopping and dining experience for the project, while designing a strong nighttime identity.

Oculus Light Studio is looking forward to designing the new Fixtures Living showroom at the Glendale Galleria in collaboration with FITCH! See you there in the fall of 2013!
END_OF_DOCUMENT_TOKEN_TO_BE_REPLACED 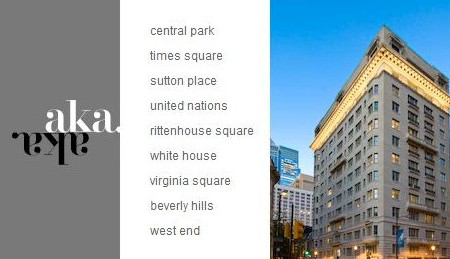