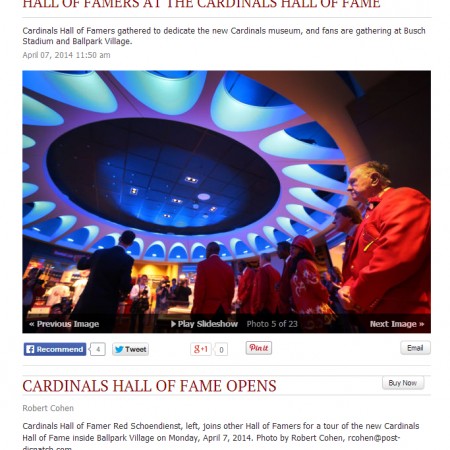 Today is the St. Louis Cardinals home opener and as part of the festivities they opened up their new Hall of Fame!

We designed the lighting for the Cardinals Hall of Fame in collaboration with PGAV Architects and the Cardinal’s Organization.   Adjustable LED track lighting built into the casework and concealed in the black ceiling grid is carefully aimed at artifacts that bring the history of the Cardinals to life.  In a few of the galleries the lighting is programmed to change along with the audio visual program.  In these pictures, you can see a replica of the old Busch stadium roof with uplights that change from Anaheuser-Busch blue to Cardinals red when the highlight reel starts.

Unfortunately the weather in St. Louis did not really cooperate with the scheduled aiming as you can see by the photo of all the Emergency Alerts received.  Upon arrival the pilot had to abort the landing and fly to Springfield, IL to refuel and try again.  Then I awoke earlier Thursday morning to air raid sirens and a vicious thunderstorm with a tornado on the ground just west of downtown.  The Emergency Alert advised me to “take shelter now” so I got dressed, gathered my things and moved away from the windows.  Fortunately that storm and a second round later that day caused little damage.

This project was completed in under 10 months so it is a testament to the skill of the design and construction teams and the Cardinal’s Organization to create a quality museum experience in such a short amount of time! 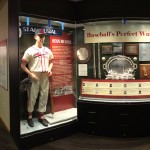 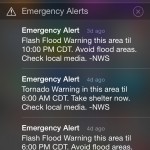 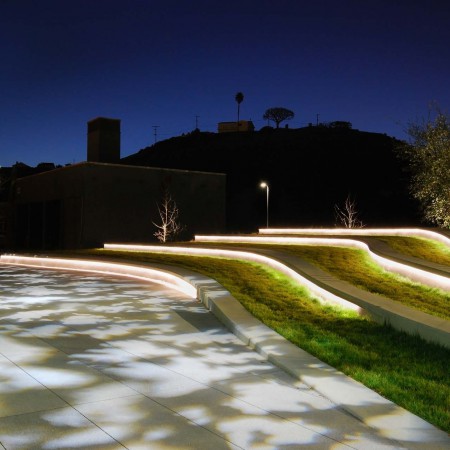