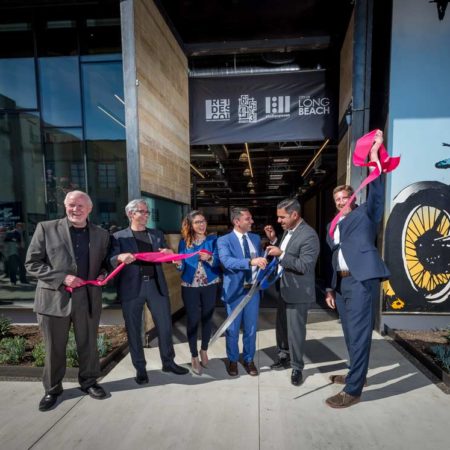 The event was much more boisterous than the average office remodel in that there was media coverage that touted the opening as the first step in a re-branding effort for the complex, formerly called “City Place”, that was originally announced in 2015.  In an article on the opening, Press Telegram states “The now-completed conversion of a former Nordstrom Rack into a work-space — a “creative office” in the parlance of nearly 170 people working there — is part of a broader plan to convert the six square blocks that composed City Place into something new. If all goes to plan, an influx of new restaurants expected to begin in about half a year’s time would result in former City Place blending, aesthetically and culturally, with the eclectic shops, bars and restaurants that can be found on Pine Avenue and The Promenade.”  Retail Design Collaborative and Studio One Eleven are behind the redesign of the center, now to be named “The Streets”, and hope that the re-design will provide more fluidity with downtown Long Beach.  Oculus is serving as the lighting designers for ‘The Streets’ project as well. 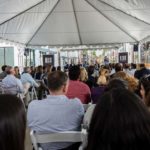 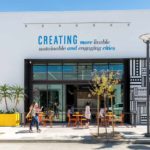 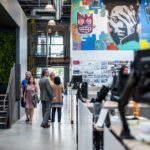 « Architizer on Los Angeles LGBT Center
We Are Hiring!! » 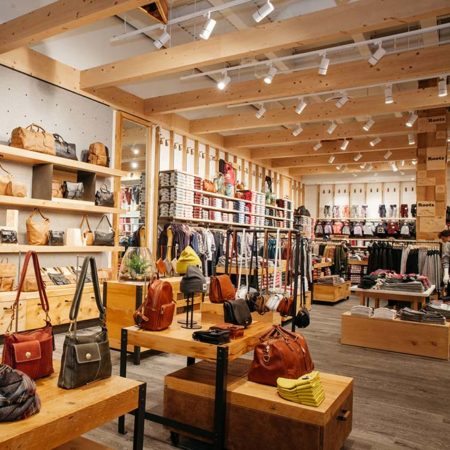 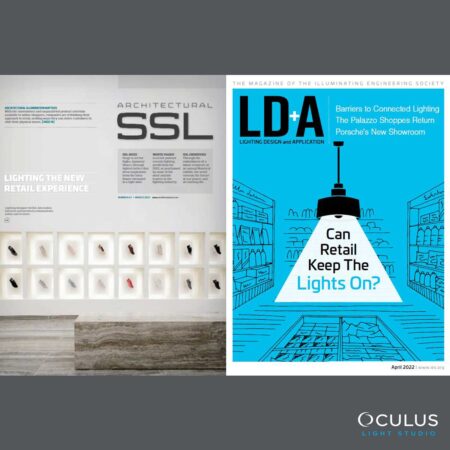